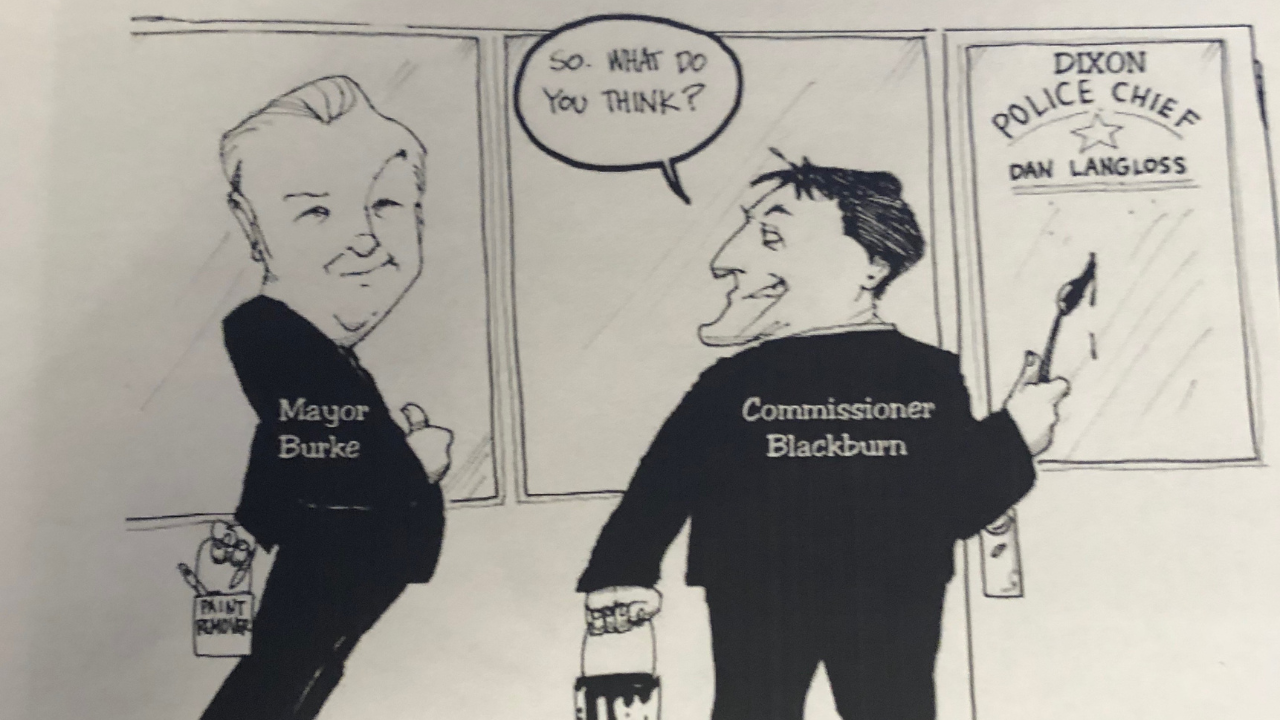 Beaten, but Not Defeated: How I Went from a "Vote of No Confidence" to Creating a Winning Culture and Championship Team

I found myself completely dejected, beaten down, and feeling hopeless.

I had just finished a phone call with one of my closest friends. We had worked together at the police department in the Detective Division for five years. I was the detective sergeant and he was one of three investigators. He had given me some of the best compliments I had ever received as a supervisor, but the purpose of this call was not to build me up. He was very concerned about the future of the department.

Just one week earlier the commissioner of Public Health and Safety had announced that I was being appointed to serve as the next Dixon Police chief. The longstanding chief was retiring, and I had competed against several other officers for this position. Two of them were my bosses, and one of them was a sergeant, like me.

A FRACTURED AND DIVIDED TEAM

During the interview process Commissioner Blackburn asked me the question, “What is the biggest problem facing the Dixon Police Department?” My answer caused him to lean back in his seat.

Here is what I said.

“Imagine it is game 7 of the World Series. The series is tied 3-3. It is the bottom of the 9th. The game is tied, and we are up to bat. The bases are loaded, and there is one out. As you step up to the plate, the guy in the on-deck circle is hoping you strike out, so he can get the game winning hit.”

This was the culture of the department. It had been created by a fractured, divided, and toxic leadership team.

The current chief was a great man, a great visionary, and a great communicator, but the one thing he failed to do was hold people accountable. In fact, instead of holding people accountable, he just went around them. This caused the toxicity to grow and grow.

Everyone on the department knew he only had a few years before retirement, and most people felt like the next police chief was written in stone. That person wasn’t me.

Members of the department were pulled in two different directions. Many loved what the current chief was doing but knew the “heir apparent” and the current chief were not on the same page. People began to choose sides, choose teams. Fear was at an all-time high.

Mixed messaging created a lack of clear expectations, psychological safety was low, and people didn’t feel like they had a voice. There were strong perceptions of favoritism. Backstabbing and speaking with bad intentions were the norm. It was every man for himself.

I will never forget meeting with Commissioner Blackburn the day he told me he picked me to be the next Chief of Police. I was excited and proud, but I knew this was not going to be a walk in the park.

I had not arrived; the work had just begun. Not only was I just 33 years old, but I had just been promoted over two of my bosses in a fractured, toxic, and divided culture.

There was significant shock from my appointment to chief, some from the police department, as well as several prominent community leaders.

By this time the mayor had come out publicly against my appointment. The comments on the website of the local newspaper about me were horrible, to say the least. To make it worse, people could leave comments anonymously. This has since changed.

Someone within the police union had asked for a vote of no confidence against my appointment to chief. I hadn’t even taken the oath of office.

Back to the conversation with my friend, who we will call John.

John and I shared a love for the Dixon Police Department. We had worked so hard to make us one of the safest cities in Illinois, and we had both been heavily involved in our new community policing direction.

It was at this moment that John asked me to consider turning down the job.

I could not believe what I was hearing. John had been one of my biggest supporters. He was my friend.

I didn’t give him an answer in that moment. The conversation ended. I was standing in my bedroom in disbelief. I became overwhelmed with emotion, sat on my bed, and began to cry. I just kept thinking, “How could this be?”.

But many officers in the department and none of the community leaders knew what was going on behind closed doors. They didn’t fully understand the undermining and sabotage that had been occurring.

I didn’t allow myself to sit in sorrow for very long. The pain from my sadness quickly turned to anger and determination. The words I said to myself in that moment are not appropriate for this conversation.

I stood up and began taking action. I asked a couple of key people for in-person meetings, shared my vision for the department, voiced my concerns for a different direction, and asked for their support. They all gave it.

I narrowly escaped the vote of no confidence 13-12. The City Council confirmed my appointment to police chief, and it was time to get to work.

FROM “VOTE OF NO CONFIDENCE” TO TRUSTED LEADER: CONNECTING THROUGH EMPATHY

It was in this moment that I began to roll out my strategy to unite the department, unite the leadership team, and create one of the most progressive police departments in the state of Illinois.

While there were several strategies, such as One Voice Leadership, clear expectations, clear goals, clear role assignment, proactive communication, and healthy accountability, the strategy that changed the game was One-on-One Listening Sessions.

While I didn’t realize it at the time, I now know that empathy is the heartbeat of leadership, and One-on-One Listening Sessions are a very powerful tool to demonstrate empathy. Asking great questions, remaining curious, and listening to understand allows us to gain different perspectives and insights. Empathy allows us to turn this feedback into a roadmap for success. This is why feedback is the breakfast of champions.

I proactively communicated that I was going to be scheduling the listening sessions. One leader laughed at the idea and told me that no one would talk to me. In all honesty I wasn’t sure what would come from the meetings, but I hoped to get 20 – 30 minutes from every member of the department.

ALL YOU HAVE TO DO IS ASK

What came next completely blew me away. Not only did everyone open up to me, there wasn’t a conversation that lasted less than 2 ½ hours and most lasted more than 3 hours. I stopped counting how many times I heard, “No one has ever cared about what I thought”, but it happened during every conversation.

At the beginning of the meeting, I thanked the officer for talking with me and set the ground rules. I was going to ask questions and just listen. Regardless of the person’s perspective, insights, or opinions, I was just going to listen and take it all in. I let the officer know the conversations were confidential, and I would be looking for common themes from the conversations. I had a list of questions I asked each officer and from there it was active listening and follow-up questions.

I was completely open-minded, approached every conversation with curiosity, and listened to understand. I didn’t just listen to the words; I listened for their true meaning. I listened to discover the emotion that was driving the words and information being shared. I was prepared to hear anything and was consciously aware of my body language.

These conversations produced several themes and created a clear roadmap for our path to creating a winning culture and championship team. After listening and taking diligent notes I categorized the feedback into “Positive”, “Neutral”, and “Challenges”.

I called a meeting of the leadership team, which consisted of five sergeants, two lieutenants, and me. After sharing the new expectations of the leadership team and having each member of the team sign a document, which both acknowledged understanding of the new expectations and clearly stated the consequences for failing to adhere to them, I shared the results of the meetings.

FROM TOXIC TO UNSTOPPABLE

Within six months of the public outcry and vote of no confidence we had made significant strides toward creating a winning culture. Within a year several of the people working behind the scenes against me came into my office, apologized for their actions, and asked me to forgive them. Forgiveness was easy; all I cared about was the department and the community.

The stage was now set for us to become a championship team, and we did! We created a culture of purpose-driven ownership that led to the highest levels of teamwork, innovation, and results. We were committed to excellence.

I didn’t realize it at the time, but all of my actions were founded in empathy. It is one of the reasons I believe empathy is the heartbeat of leadership. I focused on creating the best culture and work experience for these officers, so we could deliver the highest level of service, security, and safety to our community. When we set our ego aside, allow ourselves to be vulnerable, and lead with humility, anything is possible.

While many leadership strategies ultimately led to our success, none of this success would have been possible without the one-on-one listening sessions. Giving our people a voice is one of the best ways to demonstrate empathetic leadership.

Today I am going to share a free PDF with you that takes a deep dive into One-on-One Listening Sessions. They are one of a leader’s greatest tools. The document outlines why they are so powerful, when to use them, and questions we can ask to make them most effective.

I have used these as a sergeant, police chief, city manager, state taskforce chairman, and board president, and they are part of my secret recipe to help companies I consult with create winning cultures and championship teams.

DOWNLOAD from the righthand side of the Blog Page.

Danny Langloss has 25 years of leadership experience and has served as a detective, hostage negotiator, police chief, city manager, state task force chairman, and leadership consultant. He is the host of the Leadership Excellence Podcast, and a keynote speaker. He is currently the City Manager in Dixon, Illinois and owns Langloss Consulting.

Interested in booking Danny to speak at your next leadership event?

Connect with Danny on LinkedIn: https://www.linkedin.com/in/danny-langloss-a1bb6b17a/

Join the Leadership Excellence Community and stay connected with news and updates!

Join our mailing list to receive the latest news and updates from our team.Don't worry, your information will not be shared.

We hate SPAM. We will never sell your information, for any reason.

Free One on One Listening Session Guidebook (FREE PDF) 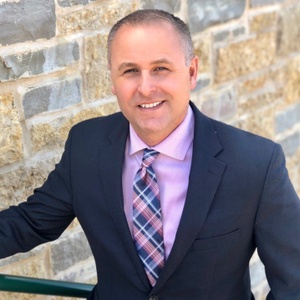 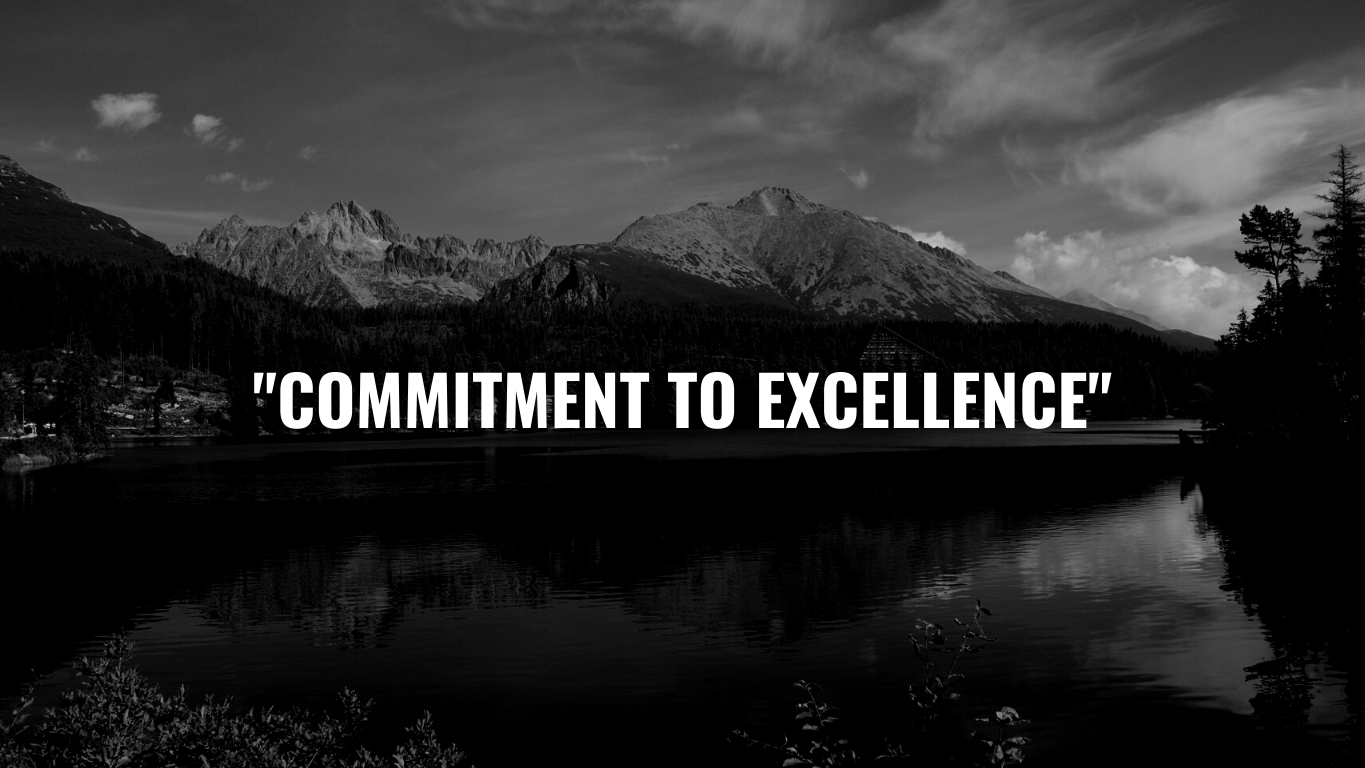